We use Hard drives, USB flash drives, or portable SD Card to store, managed, and organized our data. Have you ever thought about how the data are stored on the storage devices? A physical disk (Storage Device) can only understand 0’s or 1’s and it is the file system that gives meaning to such data. The file systems are NTFS and FAT, that’s been used by the computer to store the data.

Here in this section, we’ll discuss the differences between NTFS and FAT32 File Systems used by the Windows operating system. Both of these file systems were introduced back in 1977 by Microsoft to meet specific requirements.

Today you’ll get all the basic information about these files systems. This will help you to choose the right file system type for your requirements.

FAT32 is the most used file system among the two. It had happened many times, that a Micro SD card is not working in NTFS format but after formatting using the FAT32 file system, it starts working again.

FAT32 supports almost every operating system which makes it the ideal choice for Pen-drives or flash drives. Although it has some limitations, FAT32 is undoubtedly popular among the two.

A FAT32 file system drive can allocate the maximum capacity of 8 TB which too requires enough knowledge to tweak hard drives. With the NTSF file system, there is no such limitation.

With the FAT32 file system, a user can label a file or folder with just 8 characters and up to 3 characters for file extensions. However, with the NTFS file system, that threshold is up to 255 characters.

Another problem with FAT32 is the lack of understanding of the non-English characters. NTFS is very smooth in this part and reads every language character without any difficulty.

The general tendency of the FAT32 file system is to create more fragmented files as it is its default behavior of saving new files. Therefore, the drive becomes slow at times.

With NTFS, however, there are no such issues. It smartly allocates larger spaces to save every file which results in a lesser number of fragmented files.

One of the biggest threats of using the FAT32 file system is a high percentage of file corruption during power failures. NTFS keeps a record of the files and folders which can be restored if there is any power outage.

Generally, it gives a fair amount of file recovery while the option is completely missing in FAT32.

The overall build of the FAT32 file system allows it to consume less memory capacity and use comparatively low storage. NTFS formulates a record of actions that allow it to recover files.

Therefore, it consumes more memory and storage capacity. However, the NTSF file system comes with the option to compress files or folders which can be used to save spaces on hard drives.

NTFS file system comes with encryption options along with security options like user rights. The option gives you added security and accessibility to the files. FAT32 completely lacks this option.

After understanding the basic differences between both the files systems we can say that overall NTFS is a more suitable option. NTFS has better storage capacity and has no issues with labeling files or security.

However, FAT32 is more compatible with its multi-OS support. It also consumes less memory capacity and storage. So, if you want to choose the best file system for your basic hard drive, NTFS is a better option and if you using a flash drive or a pen drive, make sure it is running on the FAT32 file system to get the optimum result.

How to Turn Off Sleep Mode on Windows 11 Difference Between DDR3 and DDR4 RAM

What is the Difference Between SSD and HDD? 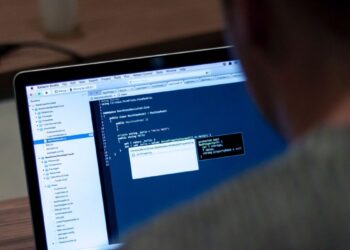 Difference Between a Programmer, Hacker and Developer

Difference Between WhatsApp and Telegram