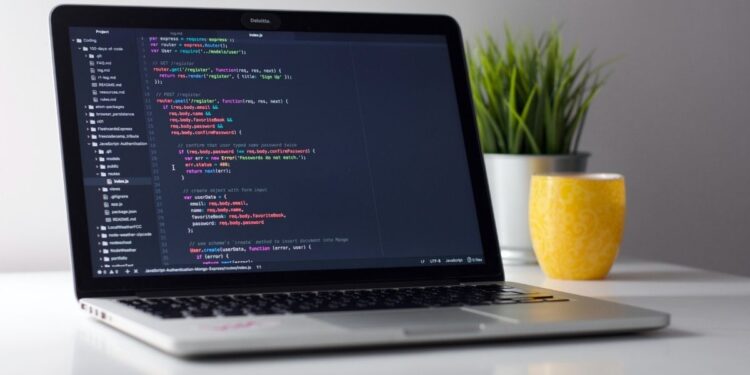 When it comes to choosing a source code editor, there are plenty of options to choose from. But what is most important is choosing the right tool, that will match the workflow and purpose.

How to Download and Install Atom Editor on Windows 11

Here we have listed the top 5 source code editors you can use. Each of our selected Text Editors has its own advantages and disadvantages.

Talking about the top source code editors, most of the professional’s choice comes to be Atom. It is an open-source tool launched by GitHub. The best part of Atom is, despite having huge pros and minimal cons, this tool stands free. Initially, GitHub used it for editing its internal source codes, until they determined to launch it for the public in the year 2004.

The primary specialty of Atom is its user-friendly character coupled with advanced features. With an expert-handed designed User Interface, Atom provides the user with the opportunity of breaking up the interface into two parts, so as to compare the contents of multiple files. Atom as a tool takes the finishing part very seriously.

That is the reason its auto-completion feature makes Atom a favorite of the software world, especially of those connected to back-end programming. The in-built package manager of Atom smoothens the workflow. The easy system of file browsing and the presence of a number of open-source packages along with themes makes Atom the first choice of professional as well as beginner web developers.

The same open-source components find their use as the base for the Visual Studio Code as well. But Microsoft added some new features in place of the older ones. As a result, the performance of the source code increases sufficiently, especially while writing joint statements.

The official marketplace offers a lot of customized themes and plugins. The IntelliSense autocomplete feature of the Visual Studio Code noticeably enhances the workflow process. With every command that the user types, this tool goes on enlisting probable suggestions. As a result, the programmer doesn’t require to type more than half of the code.

The most important factor of this tool that sets it different from the others is its capability to allow the user to debug the source code right from the type of editing. As a result, the programmer doesn’t need to debug a 5000-line source code at one glance after writing it.

The reason Sublime Text is considered one of the best code editors is its user-friendly interface. There is a command palette present in the interface. This is a unique feature of this tool.

The Ctrl+P shortcut command stands to be an outstanding feature of Sublime Text. This command enables the user to go to anything. This not only enables the user to open system files quickly but also enables jump to words, lines, or symbols in particular.

The command palette of Sublime Text presents several functionalities that any web developer will require. From having a quick checking of the key bindings to the ability to switch to any other color palette, the command palette offers a lot of features to the user.

Brackets is a free and open-source editor written in HTML, CSS, and JavaScript. It is primarily focused on the web development proposed. It was created by Adobe Systems and is currently maintained on GitHub. Brackets is available for all major cross-platform downloads on Mac, Windows, and Linux.

Most of the code editors, serve the purpose of back-end programmers. HTML and CSS are regarded as the mother languages for web development. While HTML is a mark-up language and not a programming one, CSS deals with the styling and formatting of web pages. In addition to that, these days, JavaScript is the most important language required for web development.

It is one of the strongest languages used to date. For editing source codes in these languages, Brackets serve as the best choice. Brackets allow the user to establish a real-time connection with the browser in use.

The inline editing feature of Brackets makes the tool very handy to use. Moreover, it presents the opportunity for comparison and hence opens the room for in-time editing while developing the source code. One can split the editor into vertical as well as horizontal panes as per requirement.

Notepad++ is a free and open-source text editor for the Windows operating system. It is an updated version of the notepad. In simple terms, we can say that Notepad++ is the alternative to the default Microsoft Notepad.

It offers many functions such as the ability, to highlight syntax, customize the interface, search language and replace features for more complex coding.

That’s it, these are the top 5 source code editor you can use. I hope this article was helpful to you. If you liked the article then you can share it with your friends. If you have any suggestions you can leave them in the comment box.

How to Install Java JRE on Windows 11 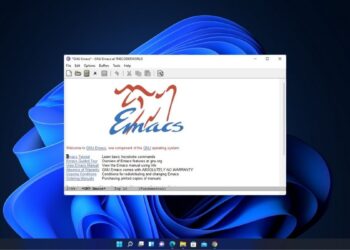 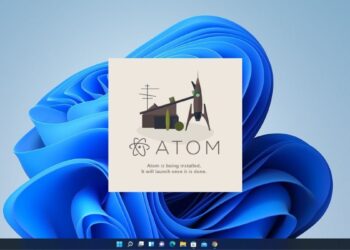 How to Download and Install Atom Editor on Windows 11 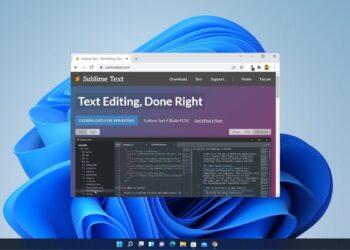 How to Install Sublime Text 4 on Windows 11 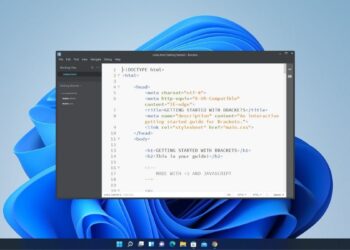 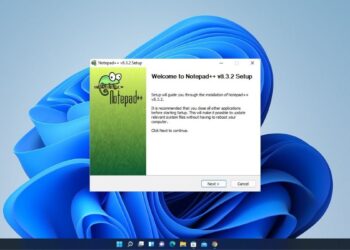 How to Install Notepad++ on Windows 11